Is buying a house a smart decision? 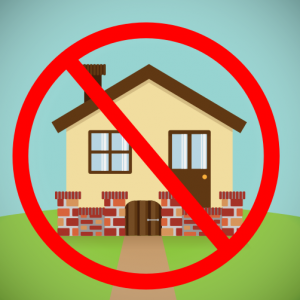 Many friends and acquaintances have asked me lately whether they should buy an apartment in Israel.

The simple answer is NO.

But let’s talk about it! (at length…)

As a rule, cold hearted economists (like myself) differentiate between two very similar concepts, which are often confused: housing and property ownership.

Housing – the right to live in a certain property and use it. Usually payment for said “housing” is called rent.

Property ownership- much like owning stocks or having a savings account, property is a financial asset which generates future income in the form of rent paid for mentioned “housing”.

The question arises, “What happens when an individual lives in a property which he owns?” According to the definitions mentioned above, such a person is the owner of a financial asset called “a house” which he is renting out to a tenant called “he himself”.  Simultaneously, the tenant (“he himself”) is paying rent to a landlord who is in turn also “he himself”. Confused? Read the last paragraph again.

If you accept these definitions, it is clear that buying a house is actually a financial decision one should make when considering how to invest one’s money, and should be considered in comparison to other financial investment options.

Most of my friends are interested in living in the centers of the major cities in Israel.  (To be honest, most of them want to live in my beloved city of Jerusalem.)  As a rule, investing in real estate in the desirable areas of Jerusalem (and same goes for Tel Aviv and Haifa) produces a low return and isn’t as lucrative as real estate investment in other areas which produce higher returns, or even as investing in the stock market.

A four room apartment in the Katamonim neighborhood of Jerusalem (a neighborhood currently undergoing the process of gentrification), costs about 1.5 million NIS. The rent for such an apartment would be about 4,500 NIS in a generous scenario (though realistically probably less). This brings us to a gross return of only 3.6% (I promise I will expand on the term “gross return” in coming posts).  Were we to use the same sum to purchase apartments in Arad or in less desirable neighborhoods in Haifa (for example), the expected rent would be about 6,750 NIS a month, which would bring us to a gross return of 5.4%.

Now, let’s go back to our friend “He himself”.  If “He himself” were to buy said apartments in Haifa or Arad (or any other good real estate deal), then instead of living in Katamonim he could use the rent he would collect to rent a nice renovated apartment in Talbiye (one of the nicest neighborhoods in Jerusalem), where he could live comfortably, and even fly to Rome for the weekend every 3 months.

Bet you didn’t think of it that way, huh?

And yet, if it’s such a bad idea to buy an apartment in the major cities, why do so many people still do it, and why have I yet to convince even my own wife??

The answer is that though economists treat the purchase of a house as a financial investment for all intents and purposes, buying a house, or in this case, buying a HOME, has additional practical and emotional ramifications: living in one’s own home offers one peace of mind, allows one to design one’s home at one’s will, and allows for longer term planning.

Whether I have convinced YOU or not, if you are considering buying a property in Israel as an investment or as a home, I invite you to follow the coming posts which will deal with whatever you want or need to know about investing in real estate in Israel.

Israeli Real-Estate consulting focuses on helping you make the best decisions when in comes to real estate.